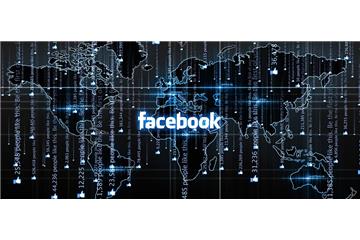 Do you have many friends in Facebook? A study that upsets everything...

Do you brag that you have many "friends" on social media? How many of them could you contact for help If you are in a great need?

A new survey was quite a humbling experience for Facebook… According to that survey the human brain is capable of developing up to 150 friends, which makes the rest simple acquaintances.

The British professor of evolutionary psychology, Robin Dunbar, who adopted this survey supports that the results stand to both the real and the online friends. More specifically, as he said: «Perhaps there is more flexibility on the Internet, but not much. Each of us has restricted limits on social networking capability and we choose either to passing feelings to the most of the people we socialize with either to deeper feelings to less of them. Either way, however, we can’t go beyond these limits».

According professor Dunbar there are different friendship layers. Each person could have up to 5 close-intimate friends, 15 buddies-best friends, 50 good friends, 150 just friends, 500 acquaintances and 1.500 people he just knows.

As he comments extensively: «The layer of 150 friends is important». That defines the people who we have sincere, contributory relationship, those to whom we have obligations or we can ask favors. People might have 500 or 1.500 friends on Facebook, but this means that they are acquaintances or they just know them. Facebook does not discriminate the layers of friendship.

Psychologists who have studied this issue, such as Professor Dunbar, believe that the limits of friendship are defined by two things: the brain's ability to handle many relationships and time limitation.

With the outbreak of social media, however, is considered that we could go beyond these limits, and we could interact with more people in less time. This theory is wrong, however, as shown the results of this survey.

Professor Dunbar and his team included 3.300 people in this survey, who separated into two groups. The first group had 155 friends on Facebook, and the second had 183 friends. When they asked, on how many of these friends they could rely in case of a great need, they answered just four people. To the question, on how many people they could turn to for understanding, the answer was 14 people, that is the number it would be in real life too.

This site uses cookies and other tracking technologies to assist with navigation and your ability to provide feedback, analyse your use of our products and services, assist with our promotional and marketing efforts, and provide content from third parties. Click settings to choose the Cookies you want to enable.
COOKIES POLICY